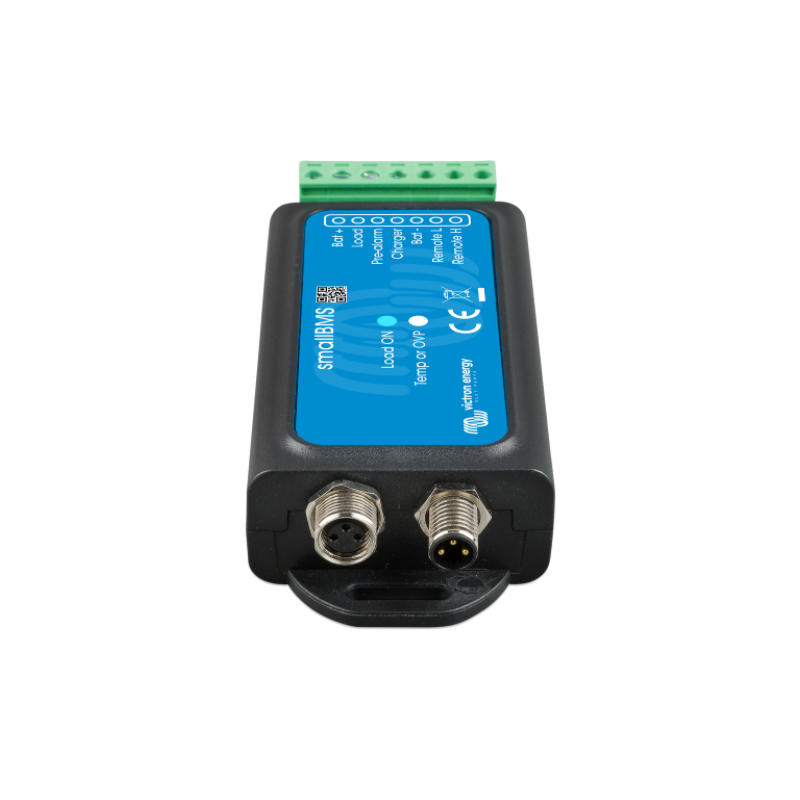 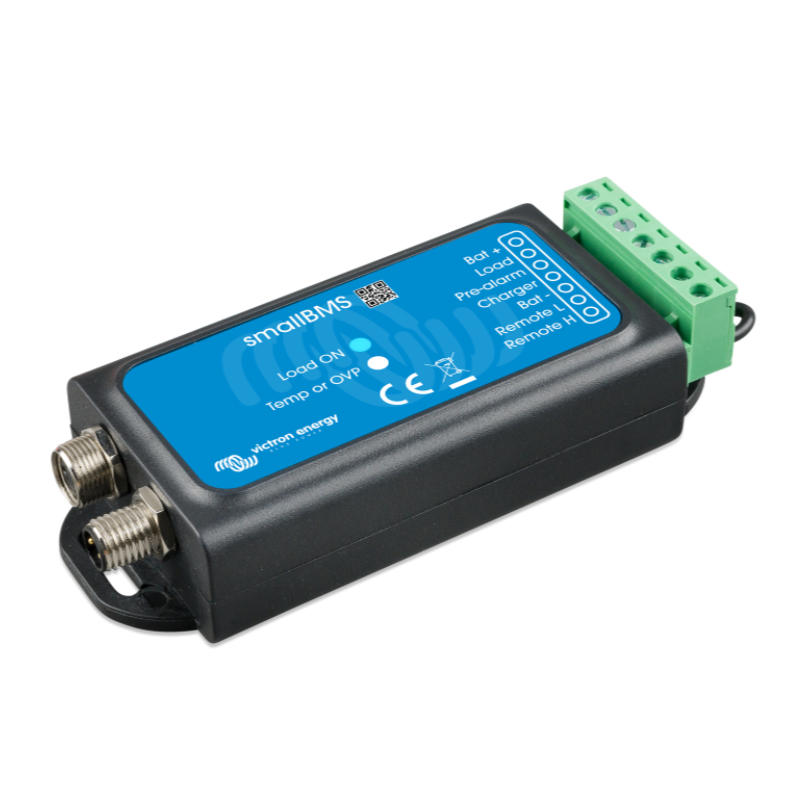 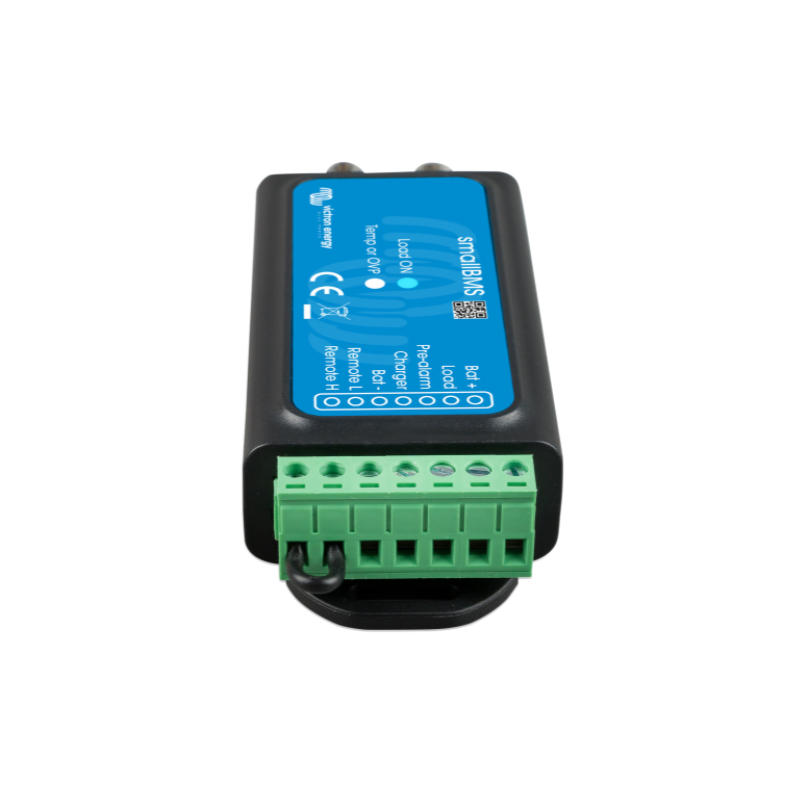 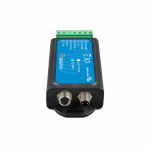 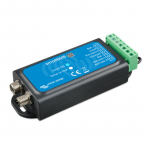 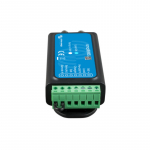 A simple and low cost alternative to the VE.Bus BMS

The smallBMS (fomraly known as the miniBMS) can replace the VE.Bus BMS in several applications. It is however not suitable for use with VE.Bus MultiPlus and Quattro inverter/chargers: it has no VE.Bus interface. The smallBMS is intended for use with Victron Smart LiFePo4 batteries with M8 circular connectors.

The smallBMS has two outputs, similar to the VE.Bus BMS.

Pre-alarm output
The pre-alarm output is normally free floating and becomes high in case of imminent cell under voltage (default 3.1V/cell, adjustable on the battery between 2.85V and 3.15V per cell). Maximum current: 1A (not short circuit protected). The minimum delay between pre-alarm and load disconnect is 30 seconds.

The Charger output can be used to control: 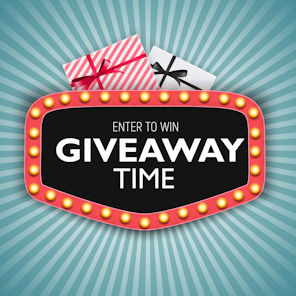 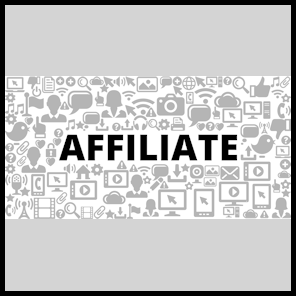