Looking for a Simple Power Inverter for Camping? Don’t Need All the Bells and Whistles?

“We don’t need a lot of power while out on our weekend camping trips, but we prefer to have some. What type of power inverter do we need for camping in a pop-up trailer?”

This is a common question. You want to use some simple devices out camping, but you don’t use enough to warrant an elaborate battery bank or solar panel setup. For most weekend campers who “get off the grid” without having a furnished RV typically go out with a small camping trailer or the old-fashioned way, a.k.a. tent camping. For these campers, it’s common to want to use some simple devices, such as radios, hair dryers, curling irons, coffee makers, can openers, etc. These are not the campers looking to run a washer and dryer, air conditioners, refrigerators, vacuums, microwaves or variable-speed power tools. Therefore a simple power inverter for camping that has an appropriately sized battery can do the trick just fine.

Take into account the number of watts your desired devices will use when running. Here are some examples of some simple devices that make camping just a little more electric:

For running simple devices while out on a weekend camping trip, a 1000-watt modified sine wave power inverter will run you between $75 – $200. Enjoy your camping trip!

What Kind of Power Inverter Do I Need? A Simple Look at Pure Sine Wave Inverters vs. Modified Sine Wave... read more

Power Inverter vs. Generator: Main Pros and Cons of Power Inverters Over Generators When considering converting power to be used by... read more 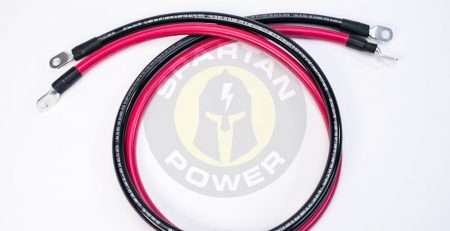